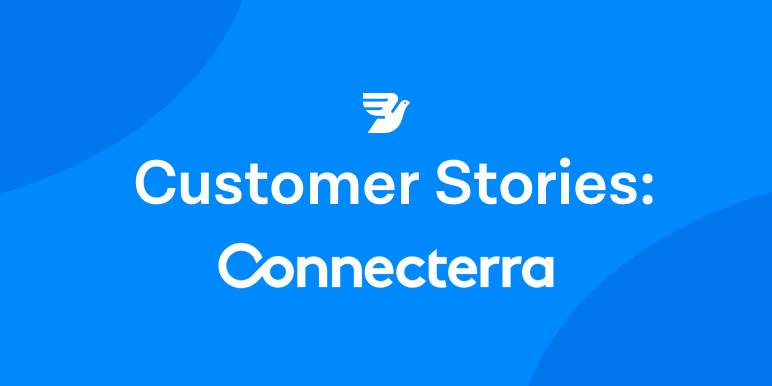 Bringing farming into the 21st century with MessageBird

IDA, developed by Connecterra, is the world’s first dairy farmers’ assistant powered by artificial intelligence (AI) — enabling dairy farmers around the world to monitor the health and activity of their herds remotely, in real-time.

IDA works with an app that shows farmers relevant insights on the fertility and health of their cows. Farmers can receive an extra push alert that new insights have been added to the app via the SMS function, provided by MessageBird. This way, farmers also get a notification if they’re not connected to the internet — which is especially useful for farms in rural areas.

IDA acts like an extra set of eyes for dairy farmers. Via wearable motion sensors on cows’ collars, an AI-enabled platform, and a mobile app, IDA alerts farmers to specific cow behaviors — even when the cows are roaming freely about the pasture. If there’s an anomaly — such as a cow that has become ill or less productive, or is ready to breed — farmers receive insights in the app.

They can choose to get an SMS notification about these insights. Once an issue is identified, IDA uses analytics to help diagnose and deal with the issue, allowing farmers to detect illness, lameness, and other issues up to 48 hours or more before the human eye can detect it.

As Connecterra expanded worldwide, it needed a cloud communications provider that could deliver SMS alerts and notifications quickly and reliably to farmers in some of the most remote corners of the world. Connecterra chose MessageBird to automate communication with farmers via SMS messaging.

“IDA is used by farmers in more than a dozen countries across the world, each with its own culture, policies, language, and regulations. That type of complexity makes it all the more difficult to reach customers on a global scale.
We chose MessageBird because it has architected for those geographic and regulatory differences from day one — enabling us to use an SMS-alert
system as an addition to our app. This way, farmers don’t miss a thing.”

Through IDA, artificial intelligence coupled with cloud communications is making a real impact for farmers around the world. In a year-long study at two European farms, cows using IDA required 50 percent fewer antibiotics than those without. In East Africa, where the dairy industry is vital in the fight against malnutrition, farmers in partnership with Bles Dairies East Africa have reported an increase in milk production. At Seven Oaks Dairy in rural Georgia, a Holstein and Jersey herd is able to graze the pasture freely rather than having to be kept in close quarters, thanks to IDA mobile monitoring, alerts, and updates that notify farmers of changes to any cow’s well-being. The van der Linden Farm in the Netherlands uses IDA to reduce the first calving age of their heifers by two months. This has provided them an additional 55 days of milking and has saved the farm a total of €8,500 to date.

With a rapidly-growing global population and an increased need for food production, coupled with a declining farmer population and changing consumer demands, dairy farmers are taking advantage of immediate access to real-time data to drive efficiency and optimize production without compromising on the health of their herds. Understanding the immediate impact of factors like weather, climate, and feed, along with having the ability to detect and monitor calving and early signs of disease, is helping build sustainable and economically viable dairy farms.